The Success Story Of Ankur Warikoo

Ankur Warikoo is a business owner, entrepreneur,  motivational speaker, mentor, and an angel investor by profession. Secondshaadi.com, Gaadi.com now Cardekho.com, and Nearbuy.com are some of the few ventures he co-founded.

Ankur Warikoo was one of the first employees hired by Groupon to start and oversee its India operations in 2011 as it was its inception time. Deal-hunting was my most favourite online activity at that time.

Ankur Warikoo was named to Fortune India's 40 Under 40 list, was the Social Media Entrepreneur of the Year held by CMO Asia in 2017, and also featured in the LinkedIn spotlight in 2019.

Ankur is an expert craftsman when it comes to creating beautiful and innovative story-telling. With vivid descriptions of vibrant scenes and high quality plot lines, his books are sure to delight the reader from beginning to end.

His work stands out from others with its unique concept of being able to combine elements of fantasy and reality in powerful stories, accompanied by unforgettable characters that become instant favorites for everyone who reads them!

Ankur completed his schooling at Don Bosco School in the capital city, New Delhi, India. Then he applied to Hindu College for a B.Sc. in Physics. After that, he went for a PhD in Physics (MS, Astrophysics) from Michigan State University, which he left after completing his MS.

He then completed his MBA (Masters of Business Administration) at the Indian School of Business after returning from the United States.

He is a Kashmiri Pandit who was never born into a wealthy family. But he had a clear idea of what he wanted to achieve with his life, which turned out to be nothing like what he is doing today.

Despite his desire to work for NASA and travel to Mars, life took him on other paths. He dropped out of his Ph.D. because he was unhappy with his work. He thought something was always lacking for him.

After completing his studies, Ankur landed a position at AT Kearney, a consulting company.  He worked in the real estate sector and media and entertainment sectors in Dubai, New York, and India while working at Kearney.

After getting his MBA, he worked at Kearney for three years until he established his own venture in 2010.

While Ankur was at ISB, along with his batch mates he started his first venture, secondshaadi.com at that period. In those few years after quitting his job, he joined in building various websites across sectors like automobiles, education, and finance. One of the biggest flops was Gaadi.com which was eventually sold to goibibo.com.

Soon after these two startups, Ankur joined hands with Groupon as the founding CEO in India. Along with that he also managed businesses in Thailand, the Philippines, and Indonesia as well.

His Groupon venture in India was for four years until 2015. That year he took a major step and bought a major shareholding of an India venture from Groupon with Sequoia Capital and transformed it into a whole new independent startup, Nearbuy.com.

He started Nearbuy, a lifestyle company, in 2015 which was interesting deals on restaurants, spas, beverages, and other local businesses. This venture was funded by Sequoia capital. He left his position as CEO in 2019 to pursue a career as a content creator on the Youtube channel. The other two co-founders still run the venture of Nearbuy.

In 2021, He published all his posts in a compendium titled "DO EPIC SHIT" (National Bestseller), in which he shared his thoughts about success and failure, habits, awareness, entrepreneurship, money, and relationships.

In 2022, he published another book on actionable hacks titled "GET EPIC SHIT DONE", in which he discussed the intricacies of management of life such as mindset, focus, meditations, etc.

Story Behind the Brand 'Warikoo'

When Ankur was the CEO of nearbuy.com in the year 2016, he created the brand Warikoo. The brand was created with the aim of owning the stories and building a brand for future talent.

When he volunteered for the job since he enjoys public speaking and one amazing Wednesday, he filmed a video with the headline "If you don't ask, the answer is always no!"

It was named "Warikoo Wednesdays" by him. Since then, the brand has expanded by leaps and bounds, and it can now be found on every major social media platform. The brand continues to grow mostly through video content, which assists consumers in making decisions based on awareness rather than ignorance.

With 100% bootstrapping in his 40s, Ankur Warikoo built and scaled a business from 0-27 crores a year.

Today he is a popular content creator and also runs a company named a ‘Web veda’ which makes 100% bootstrapped and makes a great profit. According to his Twitter account tweet, he said  We made 27Cr ($3.5M) in revenue this year.

100% bootstrapped; up 150% from last year; immensely profitable; team of 9 people. All of this in less than 3 years of existence.

There were 4 main sources of his income

He works with brands that he personally uses or whose founders have known from the past, endorsing them through his content.

In this, he talked about the revenue he earns through sharing links of brands. When you buy, he gets a share of the revenue the brand makes.

Ankur Warikoo has put a complete video on his YouTube channel, in which he told how much money he earned in the last financial year 2022 and how he has spent his income, Check out the complete video here:

When it comes to books written by Ankur Warikoo, you know you're getting something special. With captivating stories and a knack for originality, his titles will have your imagination flying off the page.

His insights into digital marketing and growth strategies motivate readers to rethink their goals and take on industry leadership positions.

This is his first book, Ankur puts together the key ideas that have brightened his journey one that began with him wanting to be a space engineer and ended with him creating content that has been seen and read by the reader.

He wrote about the importance of creating habits for long-term success to the foundations of money management, from embracing and accepting failure to the real truth about learning empathy in this book.

In his second book, Ankur attempts to create the same book for life. Written as a conversation between a student and a teacher, GET EPIC SHIT DONE answers 36 life questions that you face almost in your daily life. GET EPIC SHIT DONE isn’t just a book that will inspire you – it will visibly improve the way you live.

Lessons to learn from Ankur Warikoo

Ankur Warikoo has taught us a valuable lesson - be bold and take risks. He had the courage to believe in his ideas, regardless of what others thought. He trusted himself and his abilities to deliver results.

He also realized that innovation is key when it comes to achieving success. He challenged the status quo and pushed limits, leading him on the path towards transformation and growth.

He encourages individuals to break free of patterns that don't serve them, whether they're physical, mental or emotional boundaries. When you act on your conscience, rather than following what others do, you have a better idea of what you really want.

He shows how to bring passion into everything you do. A lack of passion can result in unfocussed resources being wasted – ultimately leading to stagnation and loss of motivation.

When you are passionate about what you do, even the dullest tasks will become a source of great energy for success and growth!

Ankur Warikoo encourages young people to explore new things, encourages them to stay motivated, and learn from their failures. He also writes on his website ankurwarikoo.com in a PDF document titled My Failure Resume.

He has always embraced innovation, believing that it is at the heart of any business; it doesn't just mean introducing new products and services, but taking risks and continuously adapting to changing times.

Ankur always had an eye for detail – he was quick to recognize trends, spot opportunities and come up with creative solutions that would help in solving problems.

He used his intuitive problem-solving skills as well as his knowledge of technology to tackle complex issues quickly and effectively.

What is the net worth of Ankur Warikoo?

His net worth is around approximately $10 Million.

What does Ankur Warikoo do?

Ankur Warikoo is a content creator, public speaker, and entrepreneur.

What's the age of Ankur Warikoo? 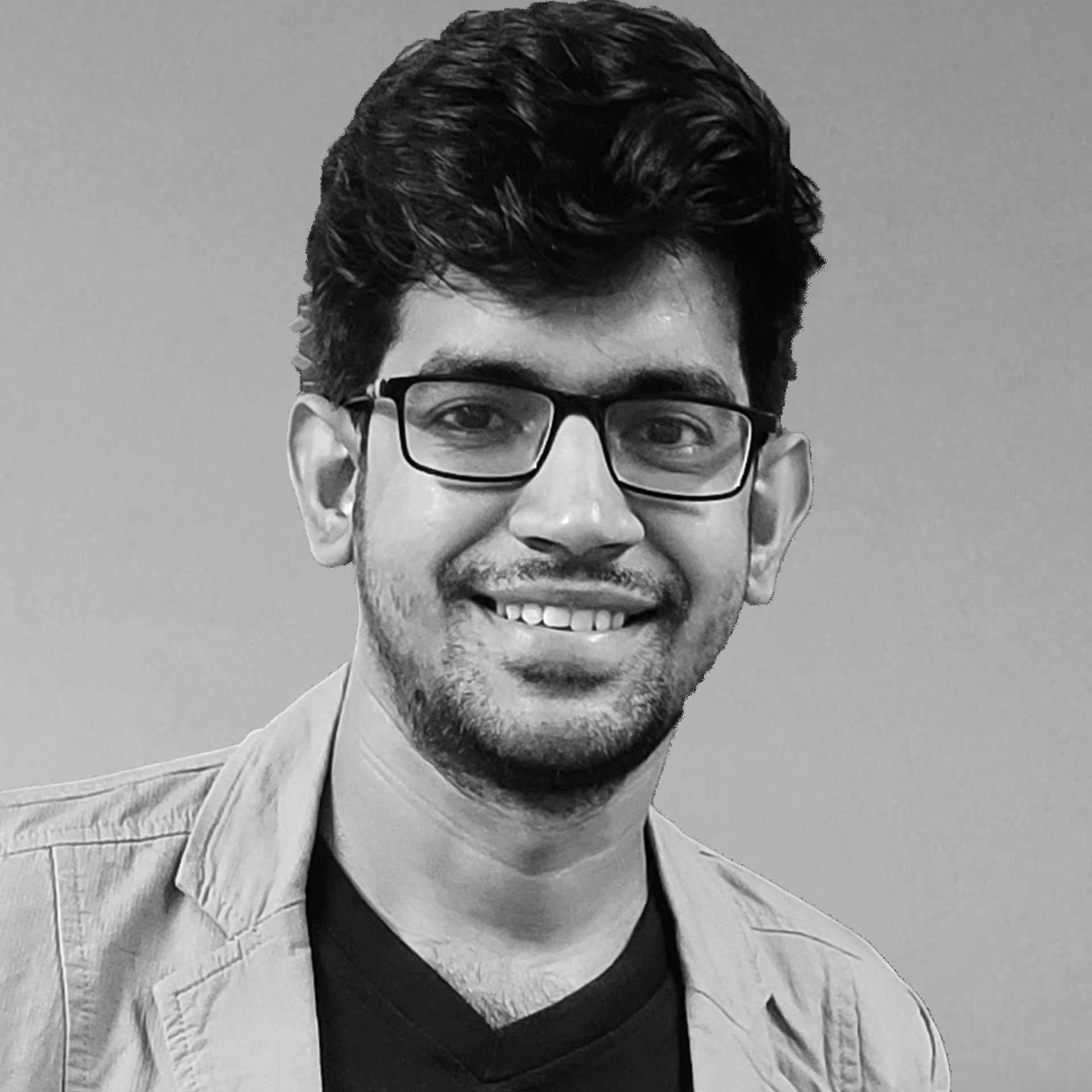 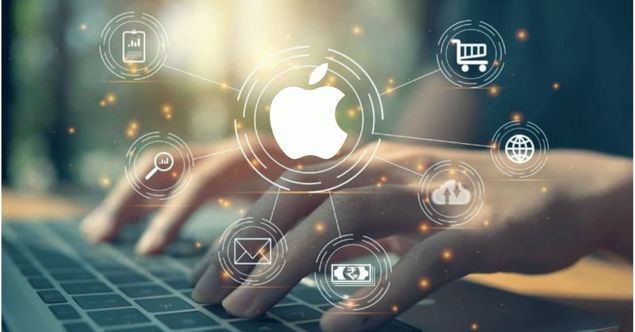