Who are the richest man in India? The answer might surprise you. He is none other than the fourth wealthiest person from India -Gautam Adani.

His wealth comes from various sources such as real estate, power plants, ports and hotels. His net worth is estimated to be around $35 Billion. The Adani Group of companies is one of the biggest private groups of companies in India and it has a worldwide presence in around 50 countries.

India’s richest person Gautam Adani has now become the world’s fourth richest person, overturning Microsoft founder Bill Gates, as per the Forbes world’s richest list. Gautam Adani’s position got upped by one rank as Gates said last week that he would be donating  $20 billion of his wealth to his non-profit organization Bill & Melinda Gates Foundation.

Let's Dive Into His Life Journey!

Chasing dreams over education Gautam Adani is a college dropout who was in his second year of graduation when he made a decision to chase his entrepreneurial dreams.

His very first business was in the lucrative diamond industry in Mumbai, working as a diamond sorter at Mahindra Brothers and setting up his own diamond brokerage business after a couple of years his business did well and he became a millionaire by the time he was 20 but by this time his elder brother had newly purchased a plastic factory in Ahmedabad and asked Gautam Adani to help him in running it.

In 1996 Gautam Adani was also the Founder of Adani Power Limited, the power business subsidiary of Adani Group. The company is India’s largest private power producer and also the largest solar power producer in India.

In 1988, he established Adani Exports Limited (now known as Adani Enterprises Ltd). The company initially dealt in agricultural commodities and power and eventually expanded over the years. The liberalization and economic reforms of 1991 boosted Adani’s business and increased revenues and profits for his company. The favourable business environment allowed Adani to expand his company rapidly.

The Adani Group is an Indian multinational conglomerate and its headquarters is located in Ahmedabad, Gujarat. It was founded by Gautam Adani in the year 1988 as a commodity trading business, with the flagship company Adani Enterprises Limited.

It would continue to become the flagship group company with its fingers in various industries, from cement to media.

"There are two turning points in my life. One in 1985, when the government relaxed import norms under open general license (OGL) for actual users. I began importing raw materials and polymers and entered trading. The second turning point came in 1995 when we decided to get into the port sector, as part of the group’s overall strategy to get into asset-building" Gautam Adani with their wife Priti Adani established Adani Vidya Mandir in Bhadreshwar and Ahmedabad and also Adani Public School in Mundra all these educational institutions provide free education to girls, children and other poor kids.

Priti Adani completed BDS from the Government Dental College of Ahmedabad and started her career as a dentist. After getting married to Gautam Adani, she became CEO of Adani Foundation which is engaged in philanthropy tasks.

Karan Adani is the elder son of Gautam Adani. At present, he is CEO of Adani Ports& SEZ Ltd company of Adani group and he is also the director of Adani Airports Holdings Ltd.

Under his leadership, Adani Ports has become the largest port operator from the private sector and almost all the 10 largest ports have merged into Adani Ports.

Jeet Adani joined the Adani Group in 2019, he is a young child of Gautam Adani after attending the University of Pennsylvania – School of Engineering and Applied Sciences. He started his career in the Group CFO’s office, looking at Strategic Finance, Capital Markets and Risk & Governance Policy.

This role involves working with all the listed verticals of the Adani Group. Jeet is also spearheading the Adani Airports business as well as the Adani Digital Labs – which is all set to develop a super app to cater to all the consumers of Adani Group businesses.

Adani Group started its foray into the cement space just two years ago and has become India's second-largest player through one mega acquisition of Holcim's assets, Ambuja Cement and ACC, for a whopping $10.5 billion in the market.

It's also the largest commercial port managed in India with a 24% market share present in 7 maritime states. The list of port acquisitions is long, starting from Abbott in Australia to pan India presence via Gangavaram, Dhamra, and Krishnapatnam, all in the last few years.

In the airports business, they had recently acquired the majority in Mumbai Airports and are building Navi Mumbai Airport in six cities it won concessions for in the year 2019.

Adani operates across various energy businesses, its total renewable portfolio is massive in India at 5.4 gigawatts grown through acquisitions. The total energy portfolio is at 19 Gigawatts which includes a huge portfolio of thermal power plants mostly acquired.

Transmission of electricity is also a big growth area for the group with 13,000 circuit kilometres and in terms of distribution, Now Adani also offers power in the city of Mumbai.

Adani Total Gas, the largest city gas distribution business, is in a tie-up with global player Total Gas which bought a 37% stake in Adani Gas in 2019.

Adani Wilmar was listed recently and soon after declared the acquisition of the Kohinoor brand and is likely to beef up the portfolio further with more acquisitions.

Adani Group's Other Products and Services

2. Water: Development and rehabilitation of sewage treatment plants and their associated infrastructure in India.

3. Road and metro: Adani Group has a successful track record of developing businesses in the Infrastructure Sector. The group has developed several railway lines in India and in foreign countries. Adani owns the longest private railway lines spanning around 300 km in India and these private rail lines are connected to their ports, mines, and other business hubs to ensure seamless cargo movement.

4. Adani Oil and Gas: Adani has a partner with Indian Oil works under the name of IndianOil-Adani Gas Pvt. Ltd. Also, the Adani Total Gas system that connects cities as networks for the distribution of CNG and PNG in India.

7. Mining: Adani operates Coal and iron ore mines. These mines produce valuable minerals that they get utilization for power generation in thermal power plants and Steel production in the Steel plants of the Adani group.

9. Housing Finance: Adani Housing Finance Pvt. Ltd was incorporated in 2017 with an aim to hold a pioneering role in furthering the national objective of ‘Housing for All’.

Net Worth Of Gautam Adani

Gautam Adani, who is the Chairperson of the Adani Group, net worth of a little over $80 billion as of January 4, 2022, according to Forbes.

The Adani Group has become India’s third conglomerate to cross $200 billion in market capitalization. It has hatched several businesses such as renewable energy, transmission, and city gas distribution, among others. The new company is focusing on different areas like solar manufacturing, defence, airports, roads, and green businesses.

The stock of Adani Group has surged over 120%  in only one month while Adani Wilmar has reported a gain of more than 87% in the same time duration.

Advantages of the Russia and Ukraine war

Due to the Russia-Ukraine War, the supply of sunflower oil has been interrupted due to which consumers are shifting their consumption to alternatives such as groundnut & mustard oil, etc. Indonesia is the world’s biggest producer and exporter of palm oil but it had to curb its exports to maintain its domestic supply.

As the cost of oil increases, Adani Wilmar has the perfect opportunity to increase its profits and position itself at the top in this financial year.

Life Lesson We Should Take From Gautam Adani

- Gautam’s journey wasn’t easy. He is a self-made billionaire.

- Understanding the potential and importance of an opportunity is important

- Having a vision and acting on it is important.

- Giving back to society is a firm believer in giving back. He and his wife, Priti Adani, have been engaged in many philanthropic activities like improving education, community health, rural infrastructure development, sustainable livelihood generation, and many more.

- Smart business is never about short-term or individual profits keeping long-term investment & its returns in mind.

Which company belongs to Gautam Adani?

What is the net worth of Gautam Adani and their family?

As per data from the Forbes' Real-Time Billionaires List, the Adani family has a wealth of $115.6 billion, which is around $11 billion more than Bill Gates, whose fortune stands at $104.2 billion.

Who is the richest man in India?

What is Adani famous for?

He is an Indian billionaire industrialist and philanthropist.

Adani Group has grown up so fast and is a huge company in the last decade, building a massive empire in various businesses and has become a hard player & successful in most of its businesses. The Adani Group of companies is one of the biggest private groups of companies in India and it has a worldwide presence in around 50 countries.

In 1996 Gautam Adani was also the Founder of Adani Power Limited, the power business subsidiary of Adani Group. The company is India’s largest private power producer and also the largest solar power producer in India.

In 1988, he established Adani Exports Limited (now known as Adani Enterprises Ltd). The company initially dealt in agricultural commodities and power and eventually expanded over the years. The liberalization and economic reforms of 1991 boosted Adani’s business and increased revenues and profits for his company.

How Business Can Make the Most Of LinkedIn Video in 2022

How To Grow A Sustainable Business In 2022

Why Financial Planning Is Necessary For Businesses?

Why Financial Planning Is Necessary For Businesses?

Things You Should Know about Marketing Management

Things You Should Know about Marketing Management 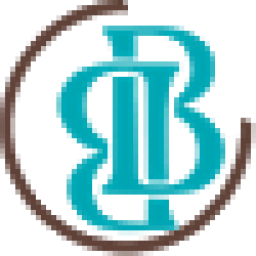